I have Been wanting to start a blog on crocheting for so long.  I started teaching myself to crochet a long time ago. Before I joined the air force and was in college. It did not stick but I took it up again when I was pregnant with my first daughter. I made her some things, a blanket and a teddy bear. But I was so discouraged. No one I knew did this and I had no help. A couple years ago I began making some more things. Still not fully committed. I tired making a teddy bear for my son but it came out looking like a bloated alien. So I put it all away.
To be fair I have moved many times and have had three children since I started crocheting years ago.
But this third pregnancy really forced me to start again.  I was having a hard time walking so I sat a lot.  I also took up kniting. I made so many things this year. Scarves. Hats. Dishcloths.
Speaking of dishcloths and washrag they are what really inspired me again. Simple little crochet rags. I guess the washrags being small projects made it easier to not get disappointed if I messed up. It was just a small project and it was great practice. Those free patterns online helped me move forward to today.
I just crocheted an infinty scarf. I'm trying to get all the cold weather gear hooked before it's too late and I wind up buying something I can make. I'm being in being silly in the first picture.
This is my first attempt at my own pattern. 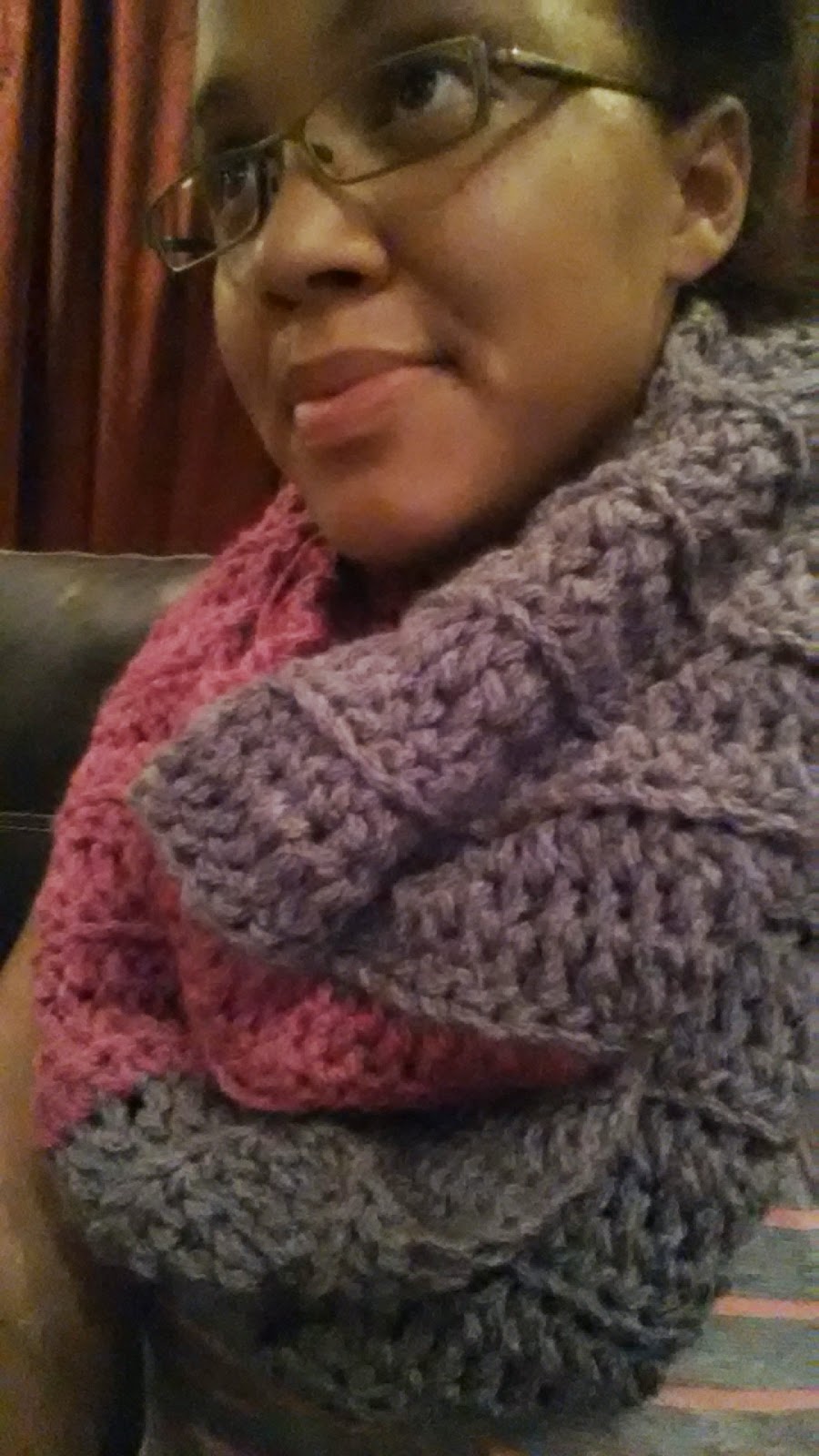